Sometimes the Difference Between Life and Death is YOUDonate. Adopt. Sponsor. Volunteer. Help Give Horses a Chance 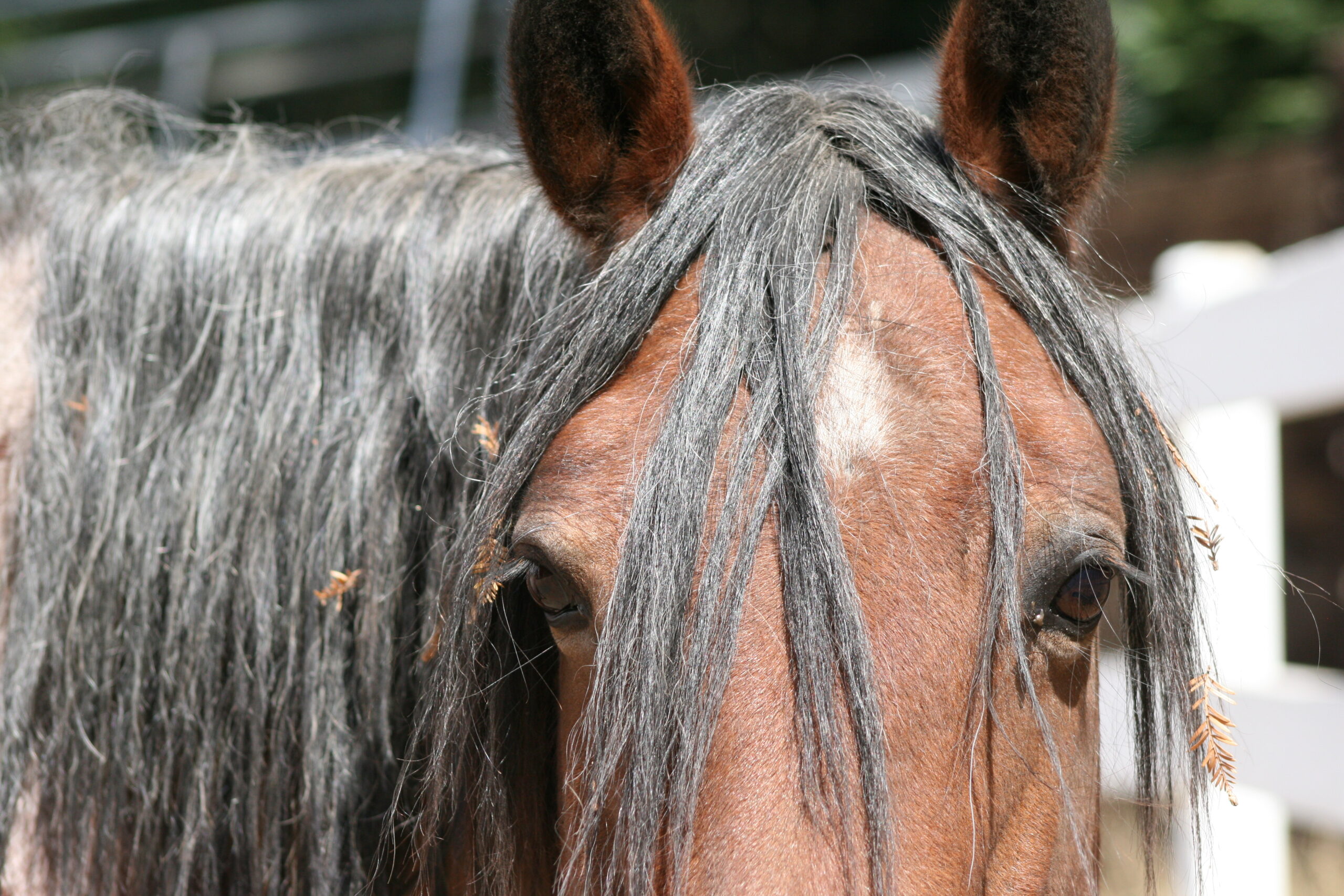 They arrived one afternoon crammed together in a battered horse trailer with numbered tags hanging loosely around their necks.  We knew they were coming — after all we’d paid a whopping $25 each for them. We knew they were older mares, we knew they were pregnant, and we knew they were as wild as, well, a wild horse. We also knew they’d be scared but the intense fear in their wide open eyes, and their trembling bodies still took us by surprise.

Captured by the U.S. Forest Service, these two scraggly and rather plump mares arrived creating a commotion like we’d never seen before.  The clattering of hooves, the scramble to exit the trailer, the pushing and shoving. The fear emulating from them was palpable, but we comforted ourselves knowing they were safe from the helicopters, and the people who rounded them up, the people who forced them to leave their families and the only life they had ever known.

We named them Cleo and Ruby and we knew they would never see the forests they called home again.  But we patted ourselves on the back and believed we’d done a good thing. And maybe we did. If we hadn’t taken them in they would likely have spent the rest of their days in a holding corral crammed with other horses, their babies lives at risk. Or they could have been bought along with up to 25 others (yes, that was the number of horses we were allowed to take) and transported to slaughter in Mexico or Canada.

Note: We don’t slaughter horses in the U.S. we let other countries do that nasty job for us!

Each year thousands of wild horses are rounded up by the Bureau of Land Management (BLM) and the U.S. Forest Service. (https://americanwildhorsecampaign.org/media/upcoming-wild-horse-roundups-what-you-need-know)

Why? Some say they are over populated. Others put the blame squarely on the shoulders of big ranchers who pay big money to politicians and political parties to use the land they graze on to provide grazing for cattle. Laura Leigh, a lifelong wild horse advocate places the blame on the ranchers.

In an article in the Daily Beast she says, “The first thing to understand about the situation is the extent of the capture of the BLM by the livestock industry.

There’s no doubt there’s some political shenanigans going on with regard to the round up of our nation’s wild horses. Both Cleo and Ruby, who are both doing well in their new surroundings,  are victims of a system that just doesn’t work. With a new administration we can only hope that will change and horses like Cleo and Ruby will be safe to roam freely as they were intended to do.